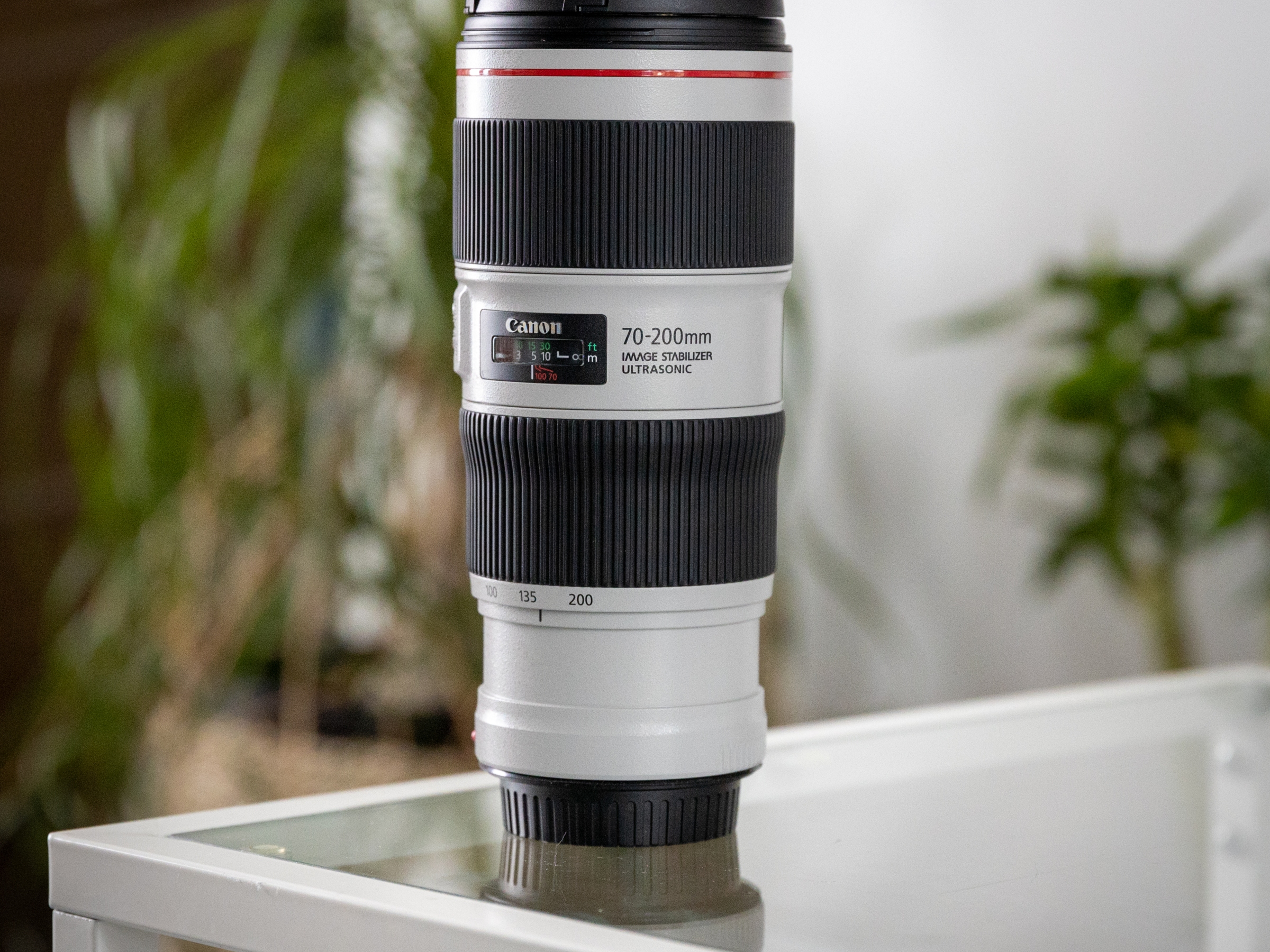 Canon’s 70-200mm f/4L IS II telephoto lens should be a staple in any photographer’s lineup.  When I was first starting, I incorrectly assumed that all I would need was a wide angle and standard zoom.  All of the photos I wanted to take, I thought, would be covered.  However, the long zoom range offers endless creative potential!

Originally, I actually owned the original f/2.8L IS version of the 70-200mm.  It was the first “L” lens I ever bought, and I had it from using my very first DSLR.  The image quality was absurdly good.  However, I found myself not taking it with me on hikes because of the weight it added to my bag.  I actually ripped a backpack, admittedly a cheap one, due to stuffing too much camera gear into it and trying to hike.  After a night of lugging around the weight of the f/2.8 and taking portrait shots with the dated IS system of the original, I decided to upgrade and went after the weight savings of the f/4L.

I was hesitant to move on from the legendary f/2.8 70-200mm model to one that didn’t get as much mention.  That is, until I watched this Thomas Heaton video where he grabbed such a remarkable shot with a f/4L did I realize that this version was not only just as capable, but actually sharper AND more portable.  Check out that shot at 3:15!

Thomas talks about his non-stabilized version of the 70-200mm, which is a great, super sharp option if you always shoot on a tripod.  However, I am not in this camp and occasionally hike without a tripod, so IS for me is critical.  The Version II has some amazing IS, where I can get sharp shots at 1/30s even at 200mm.  I tested the IS by deliberately shaking the lens a bit and trying to capture a stationary image at 1/20s shutter, and it was still clear every time.  I can’t say the same for the 24-70mm.  The bokeh is amazing too, and I honestly can’t tell the difference between shots from the f/4 and my older f/2.8.

This lens has been incredible from day one.  And, it is much less expensive than it’s 2.8 siblings!  So, if you’re not a wedding or sports/action shooter, then I recommend going for the f/4L.  It’s so sharp, so clear, and so light that you won’t ever look back!  Below are some of my favorites that I’ve grabbed with this lens.

Saw an image you liked?

Get a CUSTOM PRINT here!